Island Fish Ltd began on the 1st May 2015. It is hard to believe that now nearly 5 years have passed since that date. So much has happened, so many highs and although not too many lows there have been a few fraught times - but never once has any of us regretted our decision to develop a business that has become so important to us all, from the very youngest member of the family to the eldest, who at 75 it has to be said is the most enthusiastic of us all!

Our most memorable moments have included the amazing low tide festivals organised by Tresco, by far the highlight of the year with the adrenaline pumping dash to make it mid -channel - and back before the tide turns and of course winning The Best New Business of the Year Award 2016. It was most pleasant to don our posh clothes, walk the red carpet and mingle with the great and the good of the Cornwall and Scilly - nice to get home though! We were all absolutely delighted when Mark Pender ('the Bear'), Skipper of the Tradewinds received the award of 'Shellfish Fisherman of the Year 2016' in an industry led award scheme. Well deserved, and a fantastic piece of news both for Island Fish and Bryher - for an individual from a small island to be the recipient of a national award is pretty special - to read more about this awards click HERE.  Of most recent note of course has been the opening of our new Island Fish premises at Bar, Bryher in April 2018. Quite simply this is our investment in Bryher for the next 50 or so years - representing both an opportunity to grow the business in the here and now but also something that can help support the next generation to live and work on Bryher and in turn bring up their children. Cutting the red ribbon that signified the opening of the building was a moment of huge satisfaction and we sincerely hope it you will come and have a  look around, we have tried the make our new premises both functional, attractive but also representative of our heritage.

Working with family has been incredibly rewarding, there is at least one major argument per month during the height of the summer but it doesn't really matter, everything is usually smoothed over with a bottle of wine and a general understanding that everyone is simply tired. Working with family means that everyone has your back no matter what, a feeling that is beyond priceless. Finally during the course of the last 5 years we have learnt much about the younger members of our family, the strength of their love for their home and a way of life that we had no idea was quite so important to them. They are in many ways the stars of the show, without a doubt aggravating and 'all knowing' they have displayed a commitment to the business that makes you feel on the days when the lows outweigh the highs that at least you are doing something right! 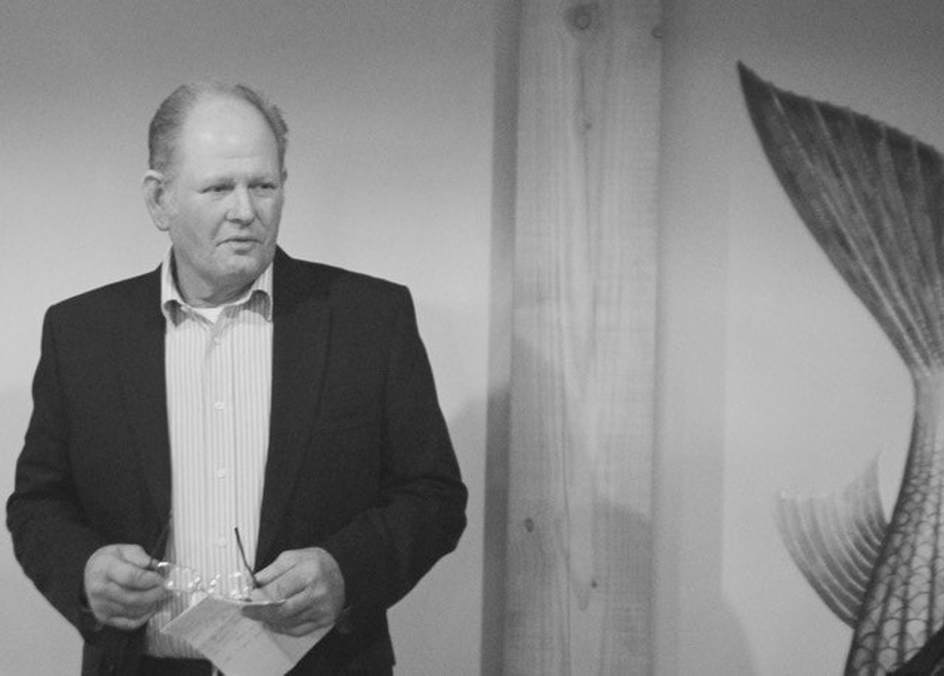 Mike Pender, opening the new Island Fish Premises
The real news this year is that we have invested in a slightly larger fishing boat so that we can work more adverse weather in as safe a manner as possible.  So fingers crossed in early March we will welcome the 'Dorothy Ethel' home to Scilly.  Named after both grandmothers (Mike & Sue;s mums') in tribute to the often unsung work of the women of the family from generations gone by she will hopefully increase the capacity of the wholesale arm of the business, whilst providing Mark with a more efficient and safer working environment.  We have no pictures available at present as she is undergoing work but as soon as we do we will put them up.

We look forward to seeing you all in 2020 - as always bring some good weather!